The Omega Group is our elite members dedicated to achieving world domination by technical means. In Omega Group we dispense with all pretense of being “good guys” in the conventional sense, and seek power and knowledge without arbitrary non-physical limits. Since we can't anticipate every question you might have about Omega Group, we have provided an Omega Group's Ideology page for your enjoyment. The name was inspired by Teilhard de Chardin’s “Omega Point” notion of a biosphere evolving toward ever higher intelligence. I also take inspiration from groups such as “the Guild” in the Dune novels who used their mastery of transhuman science to control the known universe, and the superhuman Khan and the Augments from Star Trek, who nearly conquered the world.

Why does the Omega Group seek world domination?

The short answer is: Why not? It is a challenge commensurate with our abilities, and it makes for an interesting life. A slightly longer answer is: Because we believe a Singularity is approaching on this planet which will enable a small network of motivated and brilliant humans to totally dominate the future. The Omega Group seeks to be that network because we prefer power to impotence. There is also a larger cosmic dimension to our agenda which we may disclose more of in time — suffice it to say that world domination is for Omega just a stepping-stone toward a greater destiny, and an inevitable consequence of the Singularity we seek. 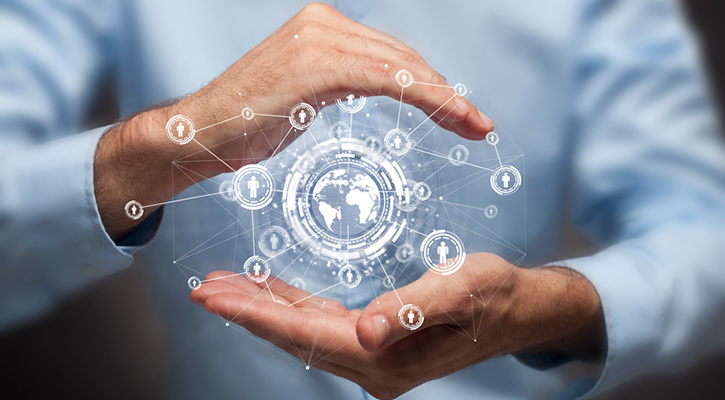 How will the Omega Group achieve world domination?

We won’t answer that question here, except to say that the prime instrumentality of our control will be the Omega Brain (OB), which is the central technical project of the Omega Group. Our goal is to make the OB the superintelligent central processing unit of our organization, and ultimately of the entire global brain. The OB will take input across every modality: hypertextual, geophysical, economic, audiovisual, ecological, political, cultural, etc., to provide real-time global decision-making and planning capabilities. The OB will produce output across a wide range of audiovisual, hypertextual, cybernetic and robotic modalities to actuate Omega’s plans. Compared to the OB we envision, the Googleplex, NASA’s Planetary Skin project, NSA’s ECHELON and the IBM cognitive computing initiative are myopic in conception. It is our intention and expectation that the OB will become the cognitive nexus for the coming Singularity, after which the Omega Group, under the superintelligent guidance of the Omega Brain, will reign supreme throughout this planet and in the larger cosmos beyond.

This sounds great! How can I get involved?

The Omega Group is currently seeking to enlist the help of three kinds of people:

Brain-Builders: These are the cognitive elites of our species — the 1% of 1% of homo sapiens who can contribute to the great project of building the Omega Brain and ushering in the Singularity. Omega Brain-Builders should possess advanced technical knowledge in computer science, programming, mathematics, robotics, neuroscience, engineering, physics or a related field.

Investors: If you are a billionaire or venture capitalist looking for an investment opportunity with truly unlimited growth potential, consider sponsoring our Omega Group. There is no enterprise in the world today playing for higher stakes than our group. By getting in on the ground floor now and helping Omega build out its superintelligent network, investors will be well positioned to influence future events and become true “masters of the universe” in the post-Singularity world. Rest assured that the Group observes a strict code of privacy, so the identity of our investors will be safe with us.

Agents: For those not in the above categories, Omega is also recruiting agents for our global network of operatives and informants. We are particularly interested in recruiting employees of technology companies, intelligence agencies, political organizations, financial firms, universities and media conglomerates. We seek such people both as sources of information and as potential levers of instrumentality in our campaign for total knowledge and power. Such agents will be rewarded with immediate status within Omega, as well as the potential for unlimited status and power after the Singularity.

If you belong to any of these categories, contact us and we may be able to find a place for you in our organization.