The French Had Gaddafi Killed To Ensure influence in the Region

The French Had Gaddafi Killed To Ensure influence in the Region

The sad thing about Julian Assange arrest is all his work really amounts to nothing when you have a brain-dead population and capitalism in place. For example, take Hillary's emails on Libya:

Newly disclosed emails show that Libya’s plan to create a gold-backed currency to compete with the euro and dollar was a motive for NATO’s intervention. The email identifies French President Nicholas Sarkozy as leading the attack on Libya with five specific purposes in mind: to obtain Libyan oil, ensure French influence in the region, increase Sarkozy’s reputation domestically, assert French military power, and to prevent Gaddafi’s influence in what is considered “Francophone Africa.”

Why isn't that talked about? Why aren't people marching in the streets? Gaddafi was certainly not killed for humanitarian reasons. He had a plan to create a new African Union, based on a new African economic system. He wanted to introduce the Gold Dinar to back African currencies. At the time of Gaddafi’s death by French President Sarkozy, driven by NATO forces - Libya’s gold reserves were estimated at close to 150 tons, and about the same amount of silver. The estimated value at that time was $7 billion.

What's that you say? France holds, owns and profits from interest on the foreign currency reserves of 14 African states ($20 billion) who must deposit 50% (down from 90% where it started) of their foreign exchange reserves and all revenue earned outside of the Union, into a Central Bank in France. This means that after paying just 0.75% in interest to the African states, the French government keeps the rest as collateral = promissory notes aka 'EUROS'. It was created by France in the late 1940s to serve as a legal tender in the European country’s then-African colonies. As part of the currency’s existence and maintenance, France holds 50 percent of these countries’ foreign reserves to guarantee that the CFA franc stays convertible into euros at a fixed exchange rate. Good deal for France.

Of course France is not the only 'empire' still raking in a nice profit from a very dodgy period in history, with the help of African political crooks half of every dollar coming in to Africa is being funneled out illicitly within a year. There is strong evidence of sustained capital losses to all African economies from illicit financial flows into Tax Havens, Investment Funds, etc but not always illegal. Many are tempted to blame corrupt Africans but corruption accounts for a tiny part of this illicit outflow- less than 5% by some estimates, with traditional forms of crime like drugs and illegal weapons trade accounting for around 25%. Most - 65% - of these "illicit financial outflows" are accounted for by trade mispricing - a specialty of multinationals. 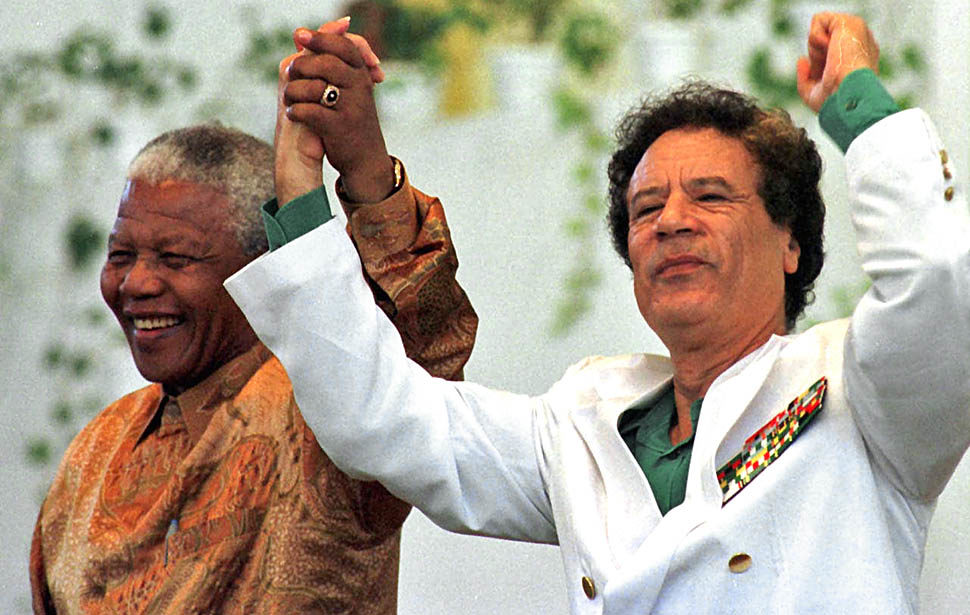 Gaddafi’s plan for Africa would have meant an entirely new banking system for Africa, away from the western (mainly France and UK) central banks dominated African currencies. As a first step, Gaddafi offered this lucrative and very beneficial alternative to other Muslim African states, but leaving it open for any other African countries to join. Gaddafi also wanted to detach his oil sales from the dollar, i.e. no longer trading hydrocarbons in US dollars, as was the US/OPEC imposed rule since the early 1970s. Other African and Middle Eastern oil and gas producers would have followed. In fact, Iran had already in 2007, a plan to introduce the Tehran Oil Bourse, where anyone could trade hydrocarbons in currencies other than the US dollar. That idea came to a sudden halt, when Bush (George W) started accusing Iran of planning to build a nuclear bomb which was, of course a pretext to stop the Tehran Oil Bourse which would have lowered the need for dollars, and thereby costing American elite and investors around the world billions of dollars. 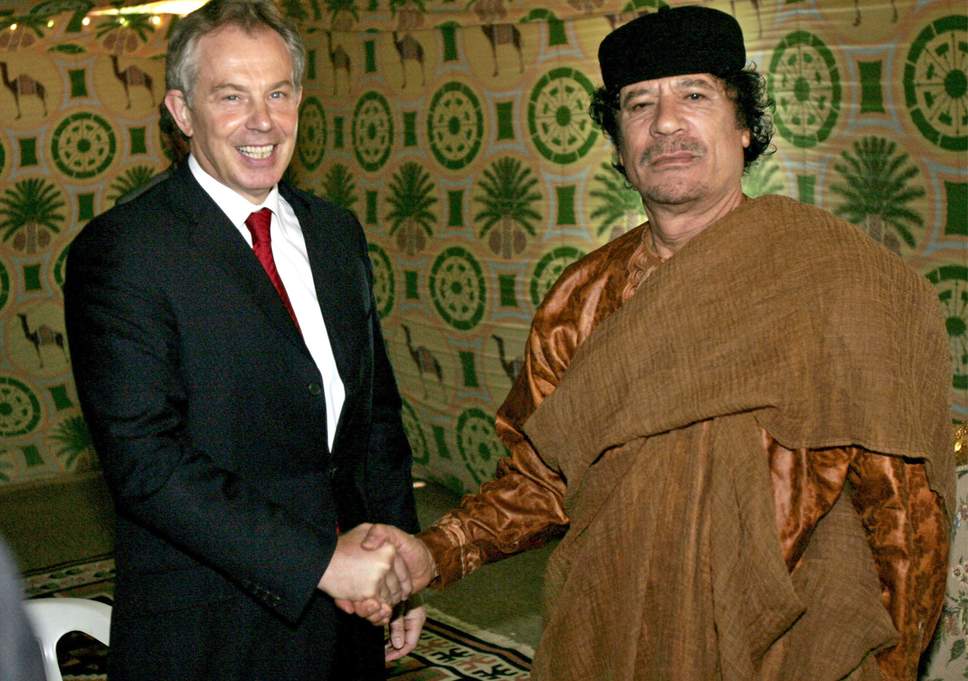 Gaddafi also wanted to introduce, or had already started introducing into Africa, a wireless telephone system that would do away with the US/European monopolies, with the Alcatels and AT&Ts of this world, which dominate and usurp the African market without scruples. Yes, the gold Dinar was totally unacceptable to western leaders.

Europe should be most interested in re-establishing order and a real economy in Libya - cleaning it from a murderous Mafia that promotes drugs and slave trade ending up in Europe. Libya was economically and socially a successful country, arguably the most successful in Africa. Prosperity from oil was largely shared by Gaddafi with his countrymen. Libya had a first-class social safety net, an excellent transportation infrastructure, free medical services, and modern hospitals, equipped with latest medical equipment, free education for everyone – and students could even receive scholarships to study abroad. Now you have a complete failed state and right-wingers talking "them" coming to Europe.

The material exposed atrocities perpetrated by the US military, as well as other disgraceful acts—like US diplomats strategizing on how to undermine elected governments out of favor with Washington, spying on official US allies and bullying poor countries into paying wildly exorbitant prices for life-saving drugs. 150 tonnes of gold in Libya isn't going to set the world on fire; it's worth only about $7 billion. No, what the US didn't and does not want is for someone or other to set up another reserve currency that would gradually grow and displace use of the almighty US greenback in one corner of the world.