For most U.S. workers, real wages have barely budged in decades...

For most U.S. workers, real wages have barely budged in decades...

While corporations benefit from tax cuts that contributed to profit in the first half of the year, wages haven’t budged much. In 2014, the typical man with a full-time job earned $50,383 a year. That’s about $2,900 less then he would have earned in 1973. In that year, the median male wage—that is, the earnings of a man doing better than half of other men—was $53,294, if adjusted for inflation.

In fact, despite some ups and downs over the past several decades, today’s real average wage (that is, the wage after accounting for inflation) has about the same purchasing power it did 40 years ago. And what wage gains there have been have mostly flowed to the highest-paid tier of workers.

Wages in the top quintile rose to $48 an hour in 2016, 27 percent higher than 1979, while upper-middle earners made 12 percent more to $27 an hour. But wages for Americans in the bottom fifth fell in that period, according to Brookings Institution calculations of Bureau of Labor Statistics data. Recently, this situation has got worse for bottom tiers. In 2000, when the jobless rate last fell below 4 percent, corporations pulled in 8.3 percent of the nation’s total income in the form of profits; wages and salaries across the entire work force accounted for roughly 66 percent.

Now, the jobless rate is again fluttering below 4 percent. But corporate profits account for 13.2 percent of the nation’s income. Workers’ compensation has fallen to 62 percent. If workers’ share had not shrunk, they would have had an additional $532 billion, or about $3,400 each.

Moreover, economic growth isn’t evenly distributed by geography. In metropolitan statistical areas associated with 15 House districts where Democrats had a chance to flip a seat from Republican control, there was zero or negative job growth between January 2017 when Trump took office and May, according to Bureau of Labor Statistics Metropolitan Area Employment and Unemployment report.

Since the recession ended in 2009, corporate profits have grown at an annualized rate of 6.5 percent. Several sectors have done much better. On Friday, for example, banks like JPMorgan Chase and Citigroup reported outsize double-digit earnings in the second quarter. 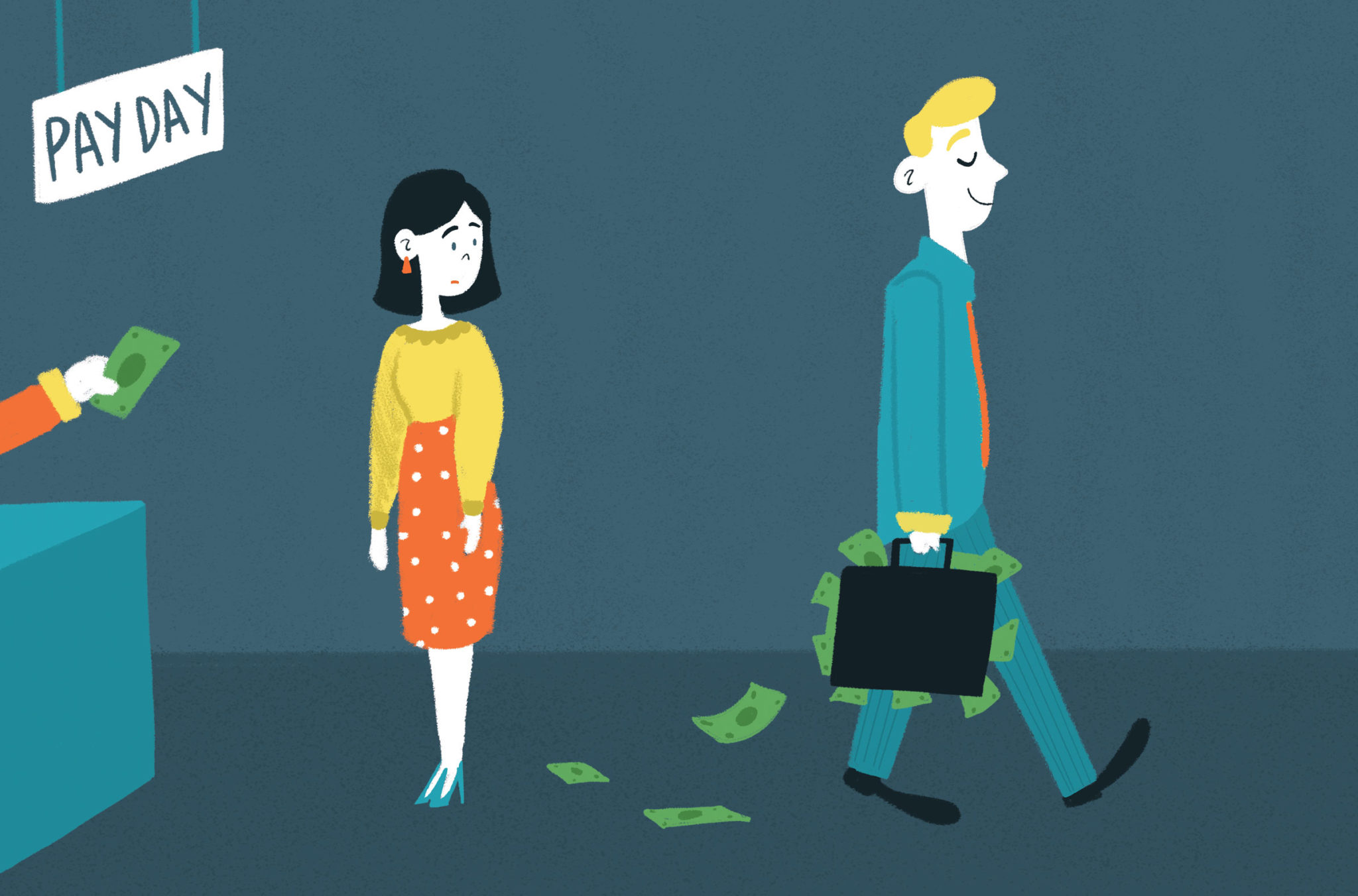 By cutting the corporate rate to 21 percent from a high of 35 percent, the law has reduced the effective tax rate that many companies pay. Flush with the projected savings from a $1.5 trillion law, they promised to raise wages, hand out bonuses to workers and invest in big projects.

Analysts noted that the handouts to workers amounted to a relatively small share of the roughly $200 billion in federal income taxes that corporations avoided thanks to the cuts. Wages across the economy ticked up, but not by nearly as much as some Republicans had promised when they voted for the law. Capital investment surged at the start of the year, but the rate of growth fell sharply in the third quarter.

Stock buybacks by publicly traded companies continue to set records. They neared $200 billion in the third quarter for S&P 500 companies. Goldman Sachs analysts have predicted that the total amount of buybacks across the economy could top $1 trillion for the full year.

Many economists, including those at the Federal Reserve, are cutting their growth forecasts for 2019, in part because of the waning effect of the tax cuts.

A collapse in the rate of union membership for private-sector employees — to 6.5 percent last year from the upper teens in the early 1980s — appears to have played a key role in holding down wages. This is partly because unions benefit workers directly: Average pay for workers represented by unions tends to be higher than for those who aren’t, even after controlling for education and other characteristics. But unions also benefit workers indirectly. In industries and regions where unions have a larger presence, pay tends to be higher for all low- and medium-wage workers, not just those represented by unions.

“If you work for a nonunion firm and your employer is worried about the possibility of a unionization drive, one way to dampen down that possibility is to pay workers at the union rate,” said Jake Rosenfeld, a sociologist at Washington University in St. Louis.

The effects are especially pronounced for men. A recent study by Mr. Rosenfeld and two colleagues estimated that wages for men employed in the private sector who are not union members would have been 5 percent higher on average — about $2,700 per year — by 2013 if unions had the same reach as in the late 1970s. (The figure excludes senior managers.) For men with only a high school diploma or less, that figure rose to nearly $3,200.

Should minimum wage be higher?

The federal minimum wage, currently $7.25 an hour, has not increased since 2009, and its purchasing power has never returned on a sustained basis to what it delivered in the 1960s and ’70s.

In response, some state and local governments have passed laws raising minimum wages to as high as $15 an hour, arguing it is the best way to ensure that low-wage workers who otherwise have little leverage are able to earn a living wage and share in the country’s economic growth. That movement has produced a backlash in Republican-controlled statehouses, where lawmakers have tried to pre-empt localities from enacting their own minimum wages. 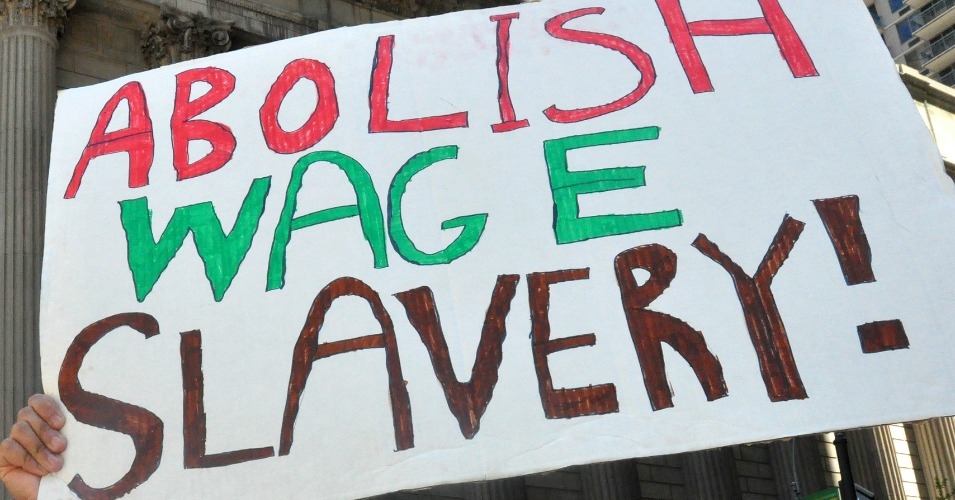 National Living Wage (minimum wage) in Sweden Age 20 and above is about $14/hour. That’s why you pay slightly more for a hamburger. In the 1930s Sweden changed its political ideology from conservative to ultra liberal and also ultra successful. Wages are set by collective agreements, one for each sector of the labour market. Unemployed are supported by their unions voluntary unemployment funds. The labour market belongs to the trade unions and the employers. Example: The SAS airline had huge problems a few years ago. Eventually, the union(s) and the company settled on lowering the wages to avoid firing pilots and cabin crew, or, worse, avoiding bankruptcy.

Liberalism is premised on the belief that the coercive powers of public authorities should be used in service of individual freedom and flourishing, and that they should therefore be constrained by laws controlling their scope, limits, and discretion. That is the basis for historic liberal achievements such as human rights and the rule of law, which are built into the infrastructure of the Scandinavian welfare state.

Since the early 1970s, the hourly inflation-adjusted wages received by the typical worker have barely risen, growing only 0.2% per year. In other words, though the economy has been growing, the primary way most people benefit from that growth has almost completely stalled. Deteriorating value of the inflation-adjusted minimum wage, along with declining union membership, have lowered wages for many in the bottom and middle of the wage distribution. The conventional wisdom that higher wages inevitably lead to higher prices, however, is flimsy. The connections among wages, prices, and economic activity are more akin to a tangled web than a straight line, and that the ability of wages to help predict future inflation is limited.

It will take many incremental reforms and new policies to reestablish the conditions that support robust, broadly shared wage growth. There is no single wage growth panacea, but many policies would help, including: raising the minimum wage; increasing worker bargaining power (including by reducing noncompete contracts or collusion among firms); ensuring adequate labor demand.

Previously the United States had strong trade unions, however rich conservatives disassembled most of that and turned avg workers into brain dead idiots with modern schooling.

Most people don't actually look at the numbers, in fact, most don't even know what metrics to follow. How is it that Australia has gone over 25 years without a recession? http://fortune.com/2016/03/02/australia-recession/ Markets aren't random, they're just the product of a LOT of inputs, and it's very difficult to separate signal from noise, even in hindsight.