Submitted 4 years 11 months ago by CultureWhiz.

Europe is popularly conceived of as as the ancestral homeland of people with “white” skin. However, new research suggests that pale skin are actually recent developments in human evolutionary development. Most modern Europeans do not closely resemble the humans that existed 8,000 years ago.

Researchers found that starting around 8,000 years ago, natural selection favored several gene expressions for pale skin in northern and central Europeans. Humans come in a rainbow of hues, from dark chocolate browns to nearly translucent whites. All humans pretty much have the same set of genes.. But different populations have different incidence and prevalence of gene expressions. For example, the genes related to dark hair are present in Asian populations--which includes native americans--but also in European populations.

The consensus among scientists has always been diet deficiency and that lower levels of vitamin D at higher latitudes — where the sun is less intense — caused the lightening effect when modern humans, who began darker-skinned, then migrated north. Vitamin D plays an important role in bone growth and resistance to certain diseases. An inability to absorb enough vitamin D in environments characterized by limited sunlight would have lowered the life expectancy of those without the depigmentation expression, unless they were able to find another source of vitamin D. For instance, Canada’s Inuit people have relatively darker skin than most Europeans, but subsist primarily on fish, a rich source of vitamin D. Conversely, many African immigrants in higher latitudes experience vitamin D deficiencies.

But other factors might be at work as well from bacteria, fungi and even parasites. Researchers encountered a different evolutionary progression in the far north of Europe. It is believed that Northern European Neanderthals intermixed with modern humans there, despite being a different species and having limited biological compatibility. According to analysis of the neanderthal DNA that survives in modern humans (most European DNA is composed of segments - around 2 to 5 percent - that are uniquely Neanderthal), humans and neanderthals were able to produce offspring, but male hybrids were infertile and female hybrids had very low fertility rates. Cultural preferences in this region for paler skin may have played a role in the spread of white skin as a trait, especially as lighter skin became associated with better health in northern latitudes.

Ultimately, an understanding of natural selection accounts for the predominance of pale skin in Europe, and sheds light on origins of modern humans. 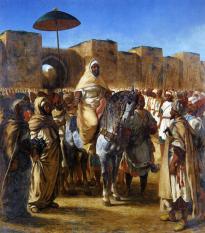 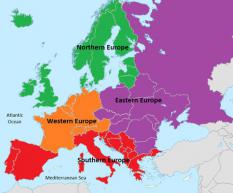