Kharkiv (Ukrainian: аркв - "Kharkiv", Russian: аркoв - "Kharkov") is a major city in Ukraine's Kharkiv region and the country's second largest city, with a population of over 1.5 million people. The city is located in Ukraine's northeast. The city is built on a hilly plain, with more than half of its area rising above sea level. It is located at the meeting point of three rivers: the Lopan, the Udy, and the Kharkiv. The city is divided into nine administrative districts.

Kharkiv was built in 1654 on a hill between the Lopan and Kharkiv rivers. Kharkiv became a separate province ten years later. The Holy Shroud Cathedral, which is the city's oldest stone church, was completed in 1689. Thirty years later, the Holy Shroud Monastery was founded. In 1765, it became the administrative center of the Province of Sloboda Ukraine. P. Yaroslavky, an architect, devised the city building plan in the 1780s. The first city theatre opened in 1791. The Kharkiv Emperor's University first opened its doors in the 1800s. The Kharkivsky Democrit, a satirical and humorous magazine, was the first to be published in Ukraine in 1816. The first train arrived in Kharkiv in 1869, and daily traffic along the Kursk-Kharkiv-Azov Railway began in July of that year. The city's first water system was created. The Kharkiv Technological Institute was founded to train engineers for the industries of mining and construction. The first city state telephone station was built at the end of the 1880s. The first electric tram since 1906 was operational. In 1917, Soviet control was declared, and Kharkiv served as Ukraine's first capital until 1934). Daily flights between Kharkiv and Kyiv and Kharkiv and Odessa began in 1924. The Metallist Stadium, which became the city's largest sporting arena, was completed in 1927. The construction of the Soviet industry's flagships, including the Tractor Plant, Turbine Plant, and Lathe Contraction Plant, was completed in the 1930s.

See an error? Want to suggest something special? Feel free to take part in a discussion on Kharkiv. 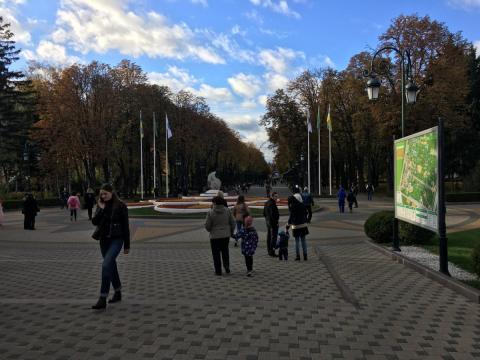 Highlights
Originally designed for horseback riding and nature activities, Gorky Central Park of Culture and Leisure today offers scenic walking paths, fountains, sculptures, and a large amusement park suitable for all ages. Spread over a vast wooded area, the site was created by students and teachers in the...
kharkiv attractions 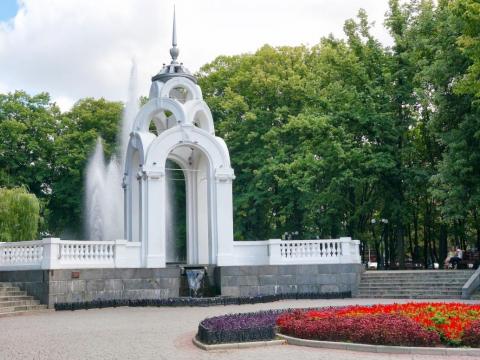 Highlights
The Mirror Stream fountain was built in 1947, to commemorate victory in the Second World War. It is located at Sumska Street, just opposite the Opera Theater.
kharkiv attractions 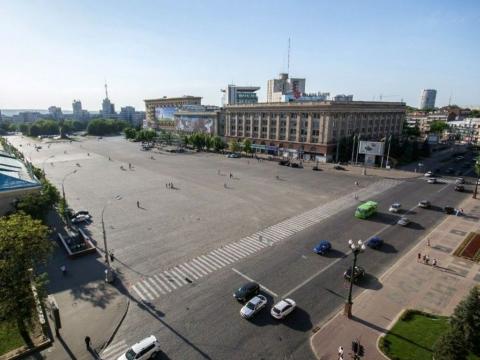 Currently there are no articles about Kharkiv.

Currently there are no trip reports about Kharkiv.

Currently there are no videos of Kharkiv. 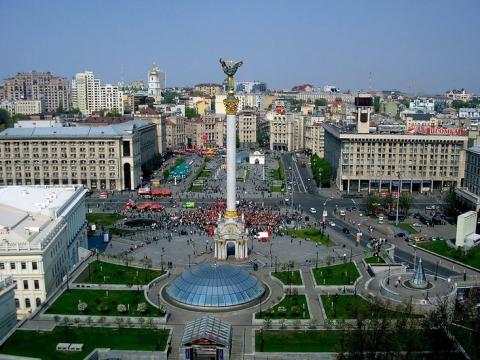