If there is one city in the world that could be described as the pinnacle of achievement, showcasing the highs and lows of one of the greatest nations on Earth while at the same time epitomizing the American way of life, it is perhaps New York City. The largest city in the United States, and probably the most well-known city in the entire world, it is more commonly known as “The Big Apple”, and is so large that it has to be broken down into five distinct boroughs, which themselves are counties, and large enough to be cities in their own right. We are all familiar with their names from various movies, media, and popular culture: Manhattan, Brooklyn, Queens, The Bronx, and Staten Island.

New York City is an international city as well as being the largest in the United States. Nearly everything that has to do with anything happens in New York City: film, fashion, music, politics, international finance, international corporation headquarters, the Mafia, and much, much more. One of the only cities in the U.S. to feature mass transit public transportation, New York City has long been a cultural headquarters for people from all over the world due to the various waves of immigrants who came here over the years, and the city is probably the ultimate melting pot in terms of diversity.

New York City has to be experienced at least once in your life, regardless if you are a fan of cities or not. There’s nothing like it anywhere else on the planet, and you will constantly find yourself in a state of amazement. The pizza, the skyline of massive skyscrapers towering above you, the chaotic jumble of taxis and people lining the sidewalks in a wall of tangled limbs, Broadway plays, the Statue of Liberty, Brooklyn Bridge, Central Park, Times Square, the Guggenheim, a baseball game at Yankee Stadium… the sky’s the limit when in New York City.... the city that never sleeps!

See an error? Want to suggest something special? Feel free to take part in a discussion on New York City. 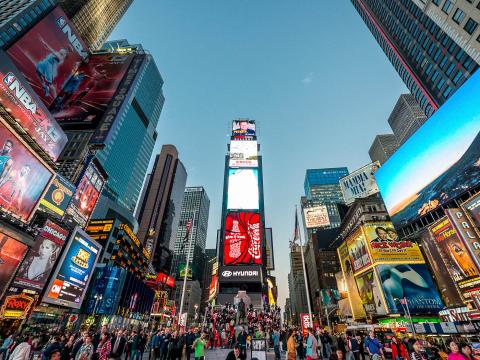 Highlights
Known colloquially as "The Crossroads of the World" and "The Great White Way," Times Square NYC is one of the most popular commercial intersections in the world! Located in central Manhattan at the junction of Broadway and Seventh Avenue, this popular NYC attraction, especially among tourists, is...
Times Square, Naked Cowboy

Currently there are no articles about New York City. 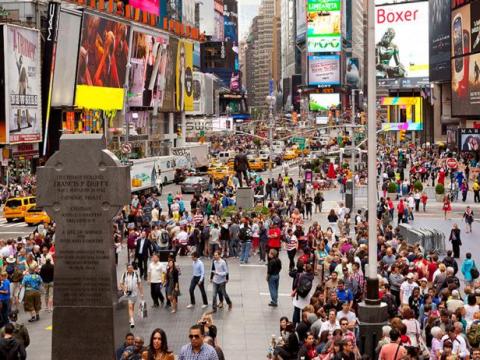 New York City Can Be One Lonely Place

Submitted 5 years 7 months ago by maxpain.

NYC is for people who like a lot of stimulation and the opportunity, not the guarantee, of being very successful at whatever they end up doing. NYC is littered with people who have money but don't care about meaningful relationships. There's a HUGE rich/poor divide, and that's means people in...
New York city

Currently there are no videos of New York City.