According to Nietzsche erotic love is simply a drive for possession that has been glorified and deified by those wanting to obtain something to enrich themselves. It is the creative drives of culture that give it a sense of splendor or beauty. What we conceive to be its opposites, such as selfishness and greed, are in many instances inextricably bound up with the experience of love. It is the urge to possess and assimilate, to change "something new to ourselves" that is behind the experience of love and greed. The feelings of both greed and love are the same drive or instinct but depending on the level of fulfillment that one has achieved, this urge will either be called 'greed' or 'love': fulfilled people who feel their possessions (for example, their lover) threatened by others will name another's instinct lust or greed, while those who are still looking for something new to desire will impose a positive evaluation on that instinct and call it ‘love’.

The most unrefined type of desire is also the most readily identifiable as a desire to possess another. For example, control over over woman. A more subtle desire to possess her also requires her soul, and thus needs her to be willing to sacrifice herself for her lover. This is characterized by Nietzsche as a more full possession. An even more subtle desire to possess her gives rise to a concern that she might be willing to sacrifice what she desires for a mistaken image of her lover. This leads some lovers to want their women to know them deep down so that their sacrifice really is a sacrifice for them. A similar rank-ordering applies to statesmen, the less refined not caring whether they attain power by fraud, the more refined not taking pleasure in the people's love unless they love the statesman for who he really is. In both cases, the more spiritualized form of the desire to possess also demands one possess what is good more completely.

The irony of this predicament is that a large number of men are completely unaware of the power their passionate attachments have both to the formation of their values and to their interactions with the world. Thus, according to Nietzsche, men in love are delirious. Women, on the other hand, are actors: their greatest skills in love rely on appearance, artistry and the play of' correct' gender roles. Nietzsche says that love has a comic dimension in this regard, because it involves a kind of theater that paradoxically relies on the distance of a woman. When women become too accessible or ‘real’ to men, men lose interest in them. Nietzsche finds love comedic because it does not consist in some attempt to know the other deeply, but rather in the confirmation of male fantasies in which women perform their constructed gender roles.

The idolatry that women practice when it comes to love is profoundly and initially a clever tool, in that all these idealizations of love enhance their own power and present them as ever more attractive in the eyes of men. But because, over the years, they have become used to this inflated estimation of love, it has happened that they ran into their own net and forgot the reason behind it. They themselves are now more deceived than men, and they suffer more, therefore, from the disappointment that almost inevitably comes into every woman's life— to the extent that she even has enough imagination and sense to be deceived and disappointed. Both men and women "need to be better educated" with regard to the essence of the relationship between men and women, "For it is a man who creates for himself the image of a woman, and a woman who shapes herself according to this image". 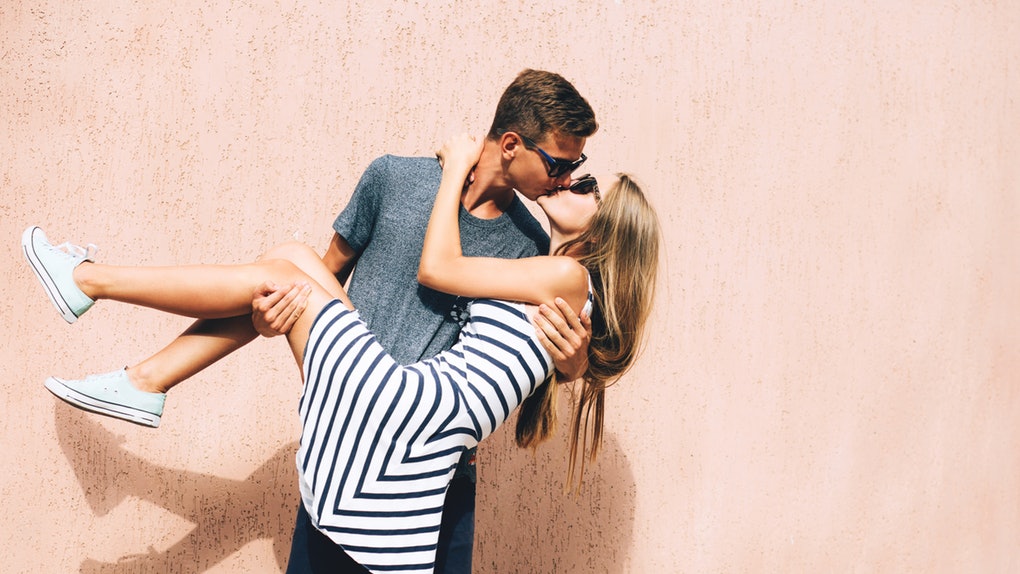 Nietzsche separates masculine from feminine love by conceptions of commitment and loyalty. Whereas women want to surrender completely to love, to approach it as a faith, to be "taken and accepted as a possession," Nietzsche argues that male love adheres to a possessive thirst to gain more from a lover, and states that men who are inclined to complete devotion are "not men." He suggests that “a man who loves like a woman becomes a slave; while a woman who loves like a woman becomes a more perfect woman”. Nietzsche maintains that fidelity can become an attribute of male love over time, due to, for example, gratitude or a specific taste, but that it is not an essential masculine quality.

Nietzsche speaks critically about the possessive or tyrannical aspects of masculine love alongside its fictionalizing tendencies, arguing that the normal functions of a woman's body offend men because they prevent him from having complete access to it as a possession; they also interfere with the psychological perfection of love.

Friendship is the highest form of love

It is not the lack of love, but the lack of friendship that makes relationships miserable. Nietzsche advises that lovers must be able to prepare for the end of the attraction. There is no woman out there so stunning that after 20 years of marriage, her face would not be undisturbed. Therefore, to avoid disappointment, you have to realize that you have to marry a woman not only because she is the most beautiful woman in your life, but also because you want to have endless conversations with her.

Nietzsche saw friendship as essential for a good marriage. Sex on the other hand, causes problems, because a relationship based on romantic feelings is unlikely to last a lifetime. Therefore, the ontological differences between men and women tend to turn love into war. Thus in order to overcome the power games in the realm of passion, Nietzsche asks lovers to be great friends.