The Polish economy contains deep disparities. Warsaw stands alone with a burgeoning job market, primarily composed of the technology and finance industries. Other large cities, like Wroclaw, Gdansk, Poznan or Krakow, maintain average job markets, although they have been improving due to an increase in BPOs (business process outsourcing). Though the addition of BPOs are not the most elite positions for a professional, they provide good salaries and create ample jobs for Polish citizens.

Despite the relative prosperity of the urban areas, rural areas have a much more desperate financial outlook. Many Poles in these rural areas believe that the government should provide them with a job and a place to live, a belief that is reminiscent of both feudal and Communist mentality. People in rural areas tend to ignore their own market value and are more inclined to feudal or collectivist thought.

The primary driver of Poland's economic growth comes from the rapid convergence towards West European levels of productivity, with some people working up to 16 hours a day. The increasing prominence and reach of government institutions, and more broadly from integration in the European and world economies, has provided access to world markets and massive investment by both domestic and international private businesses. This has resulted in excellent educational outcomes, improving infrastructure, and rapid improvement in governance and government services. 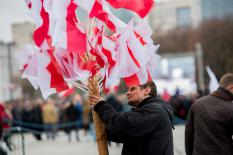 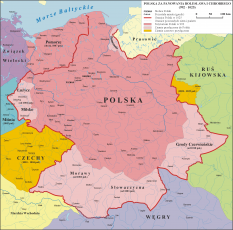