Submitted 6 years 4 months ago by CultureWhiz.

The whole country has an area of 1,972,550 km2 (761,610 sq mi). Its largest border is on the north, with the United States of America. The northern Mexican desert borders against the southwestern US, defined for much of the way by the lengthy Río Bravo del Norte (Rio Grande). On the southern side, tropical Mexico borders with the Central American countries of Guatemala and Belize.

The most prominent geographical features in the country are the huge twin mountain ranges, the Sierras Madres. The immense central plateau housed within these lines holds the heart of Mexico's culture, including Mexico City and Guadalajara.

Northern Mexico is temperate, with the remainder tropical. The central plateau, including Mexico City, experiences mild temperatures year-round. The northern deserts receive around half as much rainfall as the central plateaus, which in turn receive about half as much rainfall as the southern wetlands. Rainy seasons lasts from June to October, with February and July being the peaks of the dry season.

Mexico sits on major fault lines, and receives some of the most active earthquakes and volcanoes on Earth. The western landmass sits on a tectonic plate colliding with the Pacific Ocean's plate, unleashing enormous forces of destruction. Meanwhile, the Baja peninsula continues to get dragged ever further from the mainland. Severe natural disasters even threaten Mexico City, where thousands of people have already died from seismic activity over recent decades. Hurricanes also affect the coastal areas, especially on the Gulf.

Mexico City, sitting in its valley surrounded by mountains, naturally traps particles, and its huge population now lives amid heavy pollution. The city sits on a former river bed, whose soft soil is gradually sinking. The entire lake bed has been paved over, as the city manages changes. 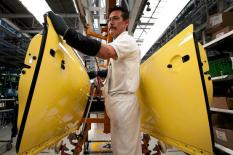 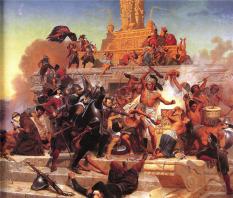