As the only country in the world that (arguably) qualifies as a continent, the wide expanses and low population of Australia make it a nature lovers dream. The lush forests of Tasmania, imposing cliffs of Ayers rock and grape-growing district of Barossa all offer inland splendor, but the most attractive treats are to be found nestled around Australia’s lengthily, ever-popular and fun-loving coastline.

The Great Barrier Reef is an obvious favorite, every bit as sensational as its animated portrayal in 'Finding Nemo' with an enviable underwater bio-diversity that takes in clown fish, turtles, sharks, whales and even snappy salt-water crocodiles. Scuba diving and snorkeling over the massive drop offs, or ogling the coral of the world’s largest reef from your live-aboard boat is perhaps the ultimate Aussie experience. If that’s not enough water for you, The Great Ocean Road, near Melbourne, follows sheer cliffs for 250kms, past empty beaches and rock formations including the proud forms of the famous Twelve Apostles. Explore outback to a place called wolf creek crater is a huge meteorite impact in Western part.

Australia might be a nature lover’s paradise, but lovers of architecture are in for a treat too. The angular shapes of Sydney Opera House are only a stone's throw away from the equally epic panoramic views from the sides of the Sydney Harbor Bridge (have a go at the breathtaking bridge walk), where New Years Eve fireworks make the sunny summer vibe even more special.

Melbourne, meanwhile, is known for its designer boutiques, high-class restaurants and buzzing summer film festival. Australian culture is notoriously laid-back and leisurely: Christmas on the beach, non-stop energetic nightlife, and cricket by the BBQ keep the jovial natives entertained. Australian ‘must tries’ include VB – the beer Australia tries no to export – and the bitter yeast-paste flavors of Vegemite, served up on a slice of white bread. Other icons of Oz are to be found in the outback include Kangaroos, Emus, Koalas and Dingoes that hop around the rock-carved symbols of the native Aborigines, and occasionally – in the case of Kangaroos and Emus, anyway – end up on the BBQ too.

Take your own intrepid walkabout through the wilds of the Australian bush, swim its teaming waters or relax and sight-see in vibrant Sydney: many backpackers stay months – or even years - down under, and wax lyrical relentlessly when they return. Go and find out why!

The island continent of Australia has a culture that stretches back 60,000 years but has only taken its place upon the world stage in the last 200. For most of its history the country ignored and was ignored by the rest of the world, except for occasional visits by a handful of English, Dutch and Portuguese sailors. It was only after the British were chased out of America that they became interested in Terra Australis (Land of the South).

Five years after the end of the American War of Independence, the British established a penal colony in New South Wales claiming British sovereignty of the country they had declared terra nullius (nobody’s land) some 18 years earlier. A concept disputed by indigenous Australians whose opinion was judicially validated in the final decade of the 20th Century.
Terra Australis aka New Holland was officially named Australia 21 years after the English navigator and cartographer, Matthew Flinders’ circumnavigation of the island 15 years after that first settlement. He contended that the name Australia, for the southern continent that lies between the Indian and Pacific oceans, was “more agreeable to the ear.”

See an error? Want to suggest something special? Feel free to take part in a discussion on Australia.

Currently there are no places in Australia.

Currently there are no articles about Australia.

Currently there are no trip reports about Australia.

Currently there are no photo of Australia.

Currently there are no videos of Australia. 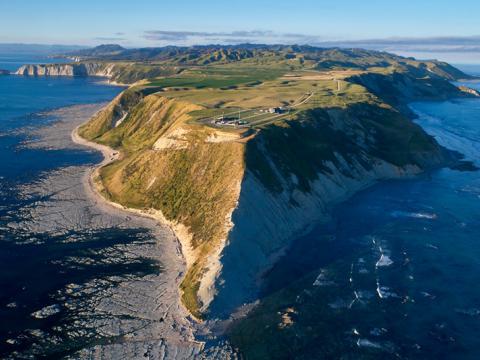 New Zealand is a nation of breathtaking and varied natural beauty.