New Zealand (Mori: Aotearoa) is a nation of breathtaking and varied natural beauty, with jagged mountains, rolling pasture land, steep fiords, pristine trout-filled lakes, roaring rivers, scenic beaches, and active volcanic zones. These islands form a distinct bioregion that is home to flightless birds found nowhere else, such as the kakapo and kiwi. The kiwi has become a national icon in New Zealand, and the word Kiwi has also become a name for the people who live there.

The islands are not heavily populated, with the South Island being even less so than the North, but they are easily accessible. The country has modern visitor facilities as well as relatively established transportation networks. Nature is sometimes given an exciting twist in New Zealand. It is the birthplace of jet-boating across narrow gorges and bungy jumping from something high enough to provide a thrill.

Mori culture continues to play an important role in daily life and the nation's identity. Mori symbolism abounds in New Zealand's government and business sectors. There are many opportunities for tourists to learn about and witness Mori life's past and current ways.

Both in the indigenous Mori language and in New Zealand English, New Zealand is increasingly known as Aotearoa, which translates as "land of the long white cloud." Aotearoa originally applied to just the North Island.

North Island / Te Ika-a-Mui and South Island / Te Waipounamu are the official names for the two major islands. Te Ika-a-Mui translates as "the fish of Mui"; legend has it that the North Island is a giant fish dragged up from the sea by the demigod Mui, with its head to the south. Wellington is also known as te upoko o te ika (the head of the fish), and it used to have a monthly magazine called Fishhead. Te Waipounamu translates as "the greenstone waters"; greenstone is a form of nephrite jade found in the South Island that is highly valued by the Mori people. Te Waka-a-Mui (the canoe of Mui) is an alternate (but unofficial) Mori name for the South Island.

As of June 2020, the population of New Zealand is estimated to be about 5.08 million people. The South Island is home to approximately 1.19 million people, with the majority of the remaining population residing on the North Island. With 9,700 people, Waiheke Island in the Hauraki Gulf off the coast of Auckland is by far the most populated offshore island. With an average of 18 people per square kilometer, the country as a whole is sparsely populated. The nation is highly urbanized, with 86.5 percent of the population living in towns with cities, and more than half of the population living in the four largest cities: Auckland (1,535,000), Wellington (412,000), Christchurch (397,000), and Hamilton (236,000).

Since New Zealand was a former British colony, and the country's immigration policy prior to 1987 gave priority to European, North American, and Australian nationals, the majority of its population is of European descent. About three-quarters of the population is of direct or indirect European descent. The indigenous Mori constitute a sizable minority, accounting for roughly one-sixth of all New Zealanders. There are also significant Asian and Polynesian communities, especially in Auckland and, to a lesser extent, in Wellington. Around 11% of New Zealanders identify as belonging to more than one ethnic group, with European-Mori being the most popular mix.

See an error? Want to suggest something special? Feel free to take part in a discussion on New Zealand.

Currently there are no places in New Zealand.

Currently there are no articles about New Zealand.

Currently there are no trip reports about New Zealand.

Currently there are no photo of New Zealand.

Currently there are no videos of New Zealand. 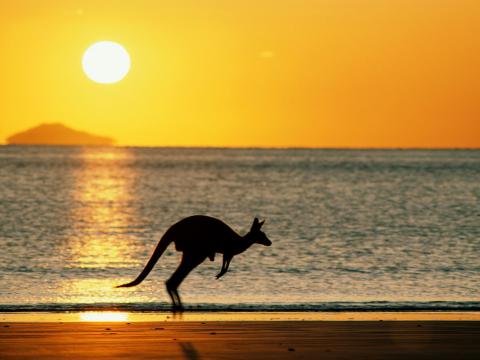 As the only country in the world that (arguably) qualifies as a continent, the wide expanses and low population of Australia make it a nature lovers dream. The lush forests...