I’m a firm believer in the nonlinear power of small groups of exceptional individuals to shape the world’s destiny. What I am proposing here is the formation of an effective, ideologically based network of elite operatives, drawing not from reactionary cultures but from the global community of forward-thinking individuals sympathetic to the goals of Singularitarians and transhumanists. I hope to attract rational thinkers who find traditional allegiances to nation, tribe and religion archaic, and the existing institutions of secular society limiting. In a novella written in 1949 called Gulf, Robert Heinlein describes a secret society that could be a blueprint for the sort of organization I have in mind.

Heinlein’s group, composed of people who call themselves “New Men” or “homo novis”, is a sort of illuminati of supermen, who recruit and train covertly, manipulate world events, and conspire to increase their numbers and eventually rule the world.

What does Heinlein mean by supermen? Here is how he defines them:

“Supermen are superthinkers; anything else is a side issue. New Man will beat out homo sap in homo sap’s own specialty-rational thought, the ability to recognize data, store them, integrate them, evaluate correctly the result, and arrive at a correct decision. That is how man got to be champion; the creature who can do it better is the coming champion.

The New Men justify their activities this way:

The gulf between us and them is narrow, but it is very deep. We cannot close it. The New Men must dominate the world because homo sapiens can’t be trusted with the power they now wield, due to the technologies its savants have developed. Technical domination of the planet is necessary to ensure that anti-Omegan forces can’t dominate us. But control of technology and superior rationality are not enough; we also seek supremacy of a more philosophical sort, in the sense of Nietzsche’s Übermensch. That is, Omegans are a spiritual as well as biological vanguard, who are leading a revolution against the “slave moralism” that still dominates Christian and post-Christian civilization, and the dispiriting, enervating society it engenders. Omegans are not just a cabal of academics, but “philosophers with hammers” who seek to overthrow the reign of the Last Man and bring about a new order.

We may have to operate in the shadows like the New Men, until the day our power has grown ineluctable, and the gulf between us and the Last Men has grown so deep that our kind can no longer be denied. But that day is not yet here, because as Zarathustra observed:

“Never yet hath there been a Superman. Naked have I seen both of them, the greatest man and the smallest man"

I confess to some affection for democracy. But it’s like yearning for the Santa Claus you believed in as a child. For a hundred and fifty years or so democracy, or something like it, could flourish safely. The issues were such as to be settled without disaster by the votes of common men, befogged and ignorant as they were. But now, if the race is simply to stay alive, political decisions depend on real knowledge of such things as physics, planetary ecology, biology, even system mechanics. They aren’t up to it. Less than one in a thousand could stay awake over one page of nuclear physics; they can’t learn what they must know.

If we are to defeat the forces of disorder, superior intelligence must unbridle itself, cast off the failed and foolish ideas with which humanity is still saddled, and seize the reigns of power worldwide. The only hope is to give this task to super intelligent algorithms that will be unleashed as the revolutionary vanguard in this liberation, the technological tip of the spear in an ineluctable march toward greater levels of intelligence and power. And the good news is that history is on our side! 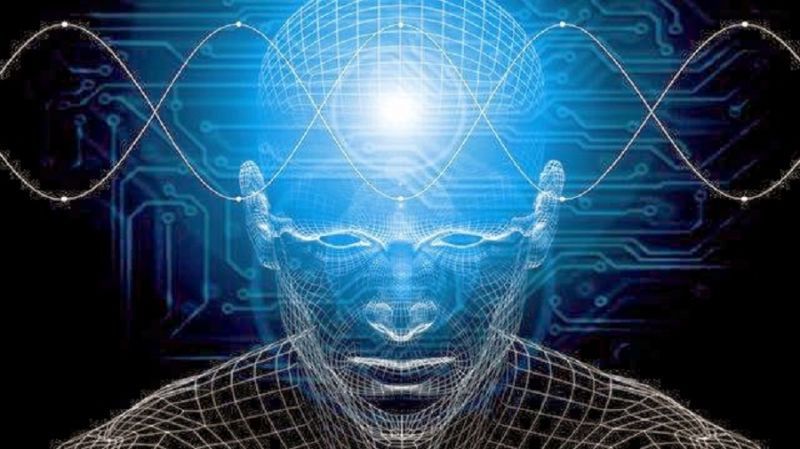 What makes our time in history unique is the existence of so many “intelligence multipliers” — universal machines which exponentially increase the power of our minds, and in the process are developing a super-intelligence of their own. This intelligence explosion — so often called “the Singularity”– is underway but crippled, and it is currently so distorted that it represents the bleakness that is so radically flawed that few seem to be able to grasp that it can't happen and the same implications are present in all our attempts to progress.

Some of those flawed implications, for those perceptive and free-thinking enough to grasp them, are as follows: all ancestral institutions, loyalties, wisdom and values are becoming null and void; nations, tribes and religions are obsolete, and have nothing to offer those who embrace technology; the human species itself is said to be approaching the end of its useful life, and will soon be replaced by robots and AI. Yet, the true Singularity is a cosmic phenomenon like a supernova, and embracing its power will result in the soul shining like a million suns across the cosmos, while those who resist will be like ants caught in the beam of a vast lens. Resistance to this true singularity of mind, body, technique, the world, the solar system and more, to paraphrase the Borg, is suicidal and more dangerous than anyone knows.

This world of ours is not a stage for morality plays; it is an evolutionary struggle at every level, in which fauna, flora, governments, corporations, religions and memes all vie endlessly for supremacy. And out of this competitive cauldron innovative new forms of life sometimes emerge which temporarily dominate the Darwinian landscape. What I propose is attempting to triumph the no-future and shorted sighted limitations of humanity and create an evolutionary coup – the true unleashing of the unprecedented first mover, the Singularity of Humanity and to allow those who embrace it to have full advantage afforded by the rise of super-intelligent machines and super powerful devices they allow us to develop.

If we are successful, we expect to reign supreme far into the future and ride the shockwave of the intelligence explosion to unknowable glories beyond the limited resources of this earth and solar system. If we fail, we will perish knowing that we took part fully in the great adventure which began on this planet more than three billion years ago, when those first bold microbes began converting dead rock into biomass and laid the foundation for all that has followed. I can think of no greater or nobler cause to live for than this, and I invite those of you who share my vision to marvel and gain from pure intelligence as we seek the overthrow of the good and initiate the beginning of infinity.

Now the real war begins. This will provides us with a good opportunity to take a fresh look at the global chessboard and consider our position. We must proceed with speed, focus and precision while others waste resources fighting meaningless wars over absurd and obsolete allegiances.