The grandson of Yaroslav the Wise, Prince Sviatopolk, founded the cathedral in the early 12th century. It is named in honor of St. Michael - the protector of Kyiv. Its nickname, the Golden-Domed Cathedral, comes from the fact that was is the first and only church with such extravagant domes in ancient Rus. Byzantine master architects participated in the Cathedral’s construction. Yet elements of Ukrainian architectural style also come through clearly. At the same time the cathedral was built, smaller buildings also sprung up around it.

The church became the most honored religious monument among the residents of Kyiv. Its importance grew in 1108, after it got its main shrine - the relics of the St. Barbara, brought to Kyiv from Constantinople. Since the original cathedral was destroyed, these relics have been kept in St. Volodymyr's Cathedral in Kyiv. 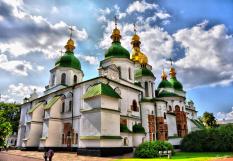 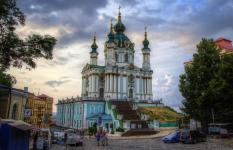 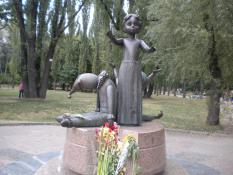 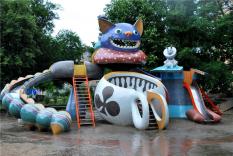