The Women of Ancient African Civilizations

Submitted 4 years 10 months ago by roberta.

The women in Ancient Africa contrary to women in the early development of the United States that were subjugated by men enjoyed a great deal of power. Women due to their fertile nature were viewed as having a connection to nature. The great Goddess Isis represents the revered and respected view of the power imminent of women. Ancient African societies were mainly agricultural in structure and women presided over nearly every aspect of production. Many women were healers, seers, oracles, mediums, and the leaders of the faith, so with early African societies being so spiritually centered this placed woman in a pivotal hierarchy in the tribal community with much influence. Many African societies were matriarchal, and women headed the household, owned land, and shared equal political positioning as the men. The age of colonialism was the turning point in a more diminished role for women and men rose as warriors to preserve their threatened way of life.

Traditional women oversaw many aspects of community living. They worked the land and grew and prepared the food which was the main industry of labor. They also supervised the children, weaved, and led spiritual endeavors. There were also many women warriors in tribal Africa. Women of this time-period had a much-enhanced ferocity of spirit and due to their labors possessed significant physical prowess as evidenced in this passage about the infamous one-eyed woman warrior known as

The Kandance:
"If you the men of Ashanti will not go forward, then we will. We the women will. I shall call upon you my fellow women. We will fight the white men. We will fight until the last of us falls in the battlefield."

---Ya Asantewa, an Ashanti queen who led the resistance to British colonial rule in Ghana. She succeeded in the short run, but the Ashanti were heavily outgunned. (Dashú, nd.)

Although there were many matrilineal led societies; there were still a number of patriarchal societies and Kings often referred to their mother, sisters, and sometimes even daughters as their top trusted advisers. In this structure even if women were not the Queen mothers as in most tribal communities they were still instrumental in a primitive political structure in the decision-making process of governess to serve the needs of their people.

Ancient Egyptian Nubian societies based power on class; not gender so women were afforded equal power according to their class. Royal ascendancy was drawn on matrilineal lines of the King’s sister’s son as heir to the throne to insure the purity of the true blood line of the chosen King. There were also many Queens of ancient African civilization with some of great notoriety such as Makeda, Queen of Sheba, Queen Nefertiti, Queen Cleopatra of Egypt, Queen Nandi of the Zulu Kingdom, Queen Aminatu, Queen Ranavalona the First of Madagascar.

African women of present day have suffered much in their previous lofty elevated position of the past. Oppression and subjugation inherit in colonialism and missionaries spreading Christianity. Colonialism introduced the role of western women as second class to their husbands. The following poignantly states, “Patriarchal Christianity, and its masculine fundamentalism, have brought to Africa the monogamous nuclear family unit, whose sole purpose was to pass on private property in the form of inheritance from one generation of males to the next. Under Colonial Christianity, the modern nuclear family is founded on the somewhat concealed domestic slavery of the wife.” (Chengu, 2015). There are some matriarchal African societies in existence, but moreover women’s roles as leaders have greatly decreased. 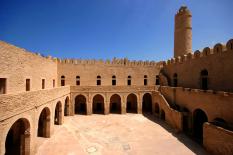