Submitted 3 years 6 months ago by Aleksey.

The San Francisco Bay Area is like a high-priced retirement city for dull people. It's a soulless city with overpriced crappy food, poor drivers, and chain stores as far as the eye can see. In the bay area, there is also a real divide between people. Simply put, people do not want to connect with one another. They just meet for the sake of convenience and then go their separate ways, and you are supposed to do the same. People in the San Francisco Bay Area work long hours, which causes them to be tired and uninterested in socializing. Berkeley, in particular, tends to be an environment where everybody is not only doing their own thing (ignoring one another), but also claiming to be so transparent and forward thinking. People on the East Coast, at least, do not claim to be accessible and welcoming. In the San Francisco Bay Area, it's a real "You live your life, I'll live mine, and we'll both ignore each other" culture, with work and consumerism as the only constants.

Most students in the San Francisco Bay Area, in my opinion, are machines. Asian students are highly conformist and square. They are completely consumed by their work and their professional accomplishments. That accurately summarizes Stanford University and Cal Berkeley's main issue. Almost no one at these schools has true intellectual interest, or even intelligence, and instead slaves through years of University to achieve a career goal that rarely deviates from physician, lawyer, accountant, or programmer. They're technical schools, so it's all about working hard and jumping through hoops; learning happens only as an occasional side-effect. Try talking to undergrads and you’ll be surprised at how vapid they really are – remember that any idiot can memorize a biology textbook and spew it back up on an exam. Add to this general social ineptitude, and you can imagine what an interesting and enjoyable group of people you’ll find yourself amongst.

The San Francisco Bay Area is probably the worst location in the United States for dating. The women are unattractive, and the men are service machines that have little or no interest in what is going on around them. Many of the engineers, scientists, and academics that make up the backbone of the Bay Area are super bland, sterile, passive, risk-averse school nerds trained to seek information as though it were nut cracking — who sit calm in dusty rooms and, if grabbed with your hands, will raise a cloud of dust like a flour bag involuntarily. The geeks (majority of males) entire framework of existence relies on passivity and non-action (notice geeks never reciprocate questions?). Ask ’em what you should do when you’re out of options – and they’ll tell you to ask yourself not because that’s actually what they believe but because they don’t have any real answers.

It's not like these geeks are bad guys or have insurmountable handicaps. They are emotionally immature because they have not invested time in their social growth. They've been hiding behind computer screens since they were ten years old, engaging only with people who are similar to them. And their parents and teachers let it happen because they felt sorry for them and tried to protect them from the rejection that came with engaging with peers.

These people must now maintain contact with official voices, the internet, mobile phones, entertainment, and sallow friendships that change on a daily basis. They can't stay still without their minds wandering because they've never been exposed to literature, politics, economics, or anything else that helps people grow in life. Instead, they need contain novelty to feel alive.

Overall, the bay area doesn’t seem to have a culture of real openness. It has a distant, detached, ultra-individualist vibe and people don’t seem to be all that passionate about anything. 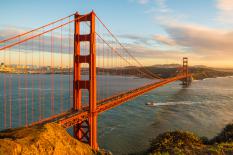