Submitted 2 years 6 months ago by maxpain.

San Francisco is, without a doubt, the most ridiculously overrated and dreadful city in the United States. From exorbitant living costs to pretentious closed-minded people masquerading as open-minded. This post is a painfully frank look at San Francisco, complete with a list of grievances!

San Francisco has become totally dominated by a smug, liberal professional/ managerial class, much of it based on the high-tech sector. An enormous problem with populating a city with people who spent their adolescence getting humiliated in dodgeball is that after they graduate from Cal or Stanford or Penn or Cornell and start working at Google and Facebook they want to be perceived as winners. But they still feel, deep down at the level where their humanity is, like acne riddled losers. This is a devastating combination. It’s impossible to meet anyone when you go out in “the city” (you’d think it was the only city in the country) because nobody socializes. Everyone works 16 hours/day. Also, the city is extremely cliquish. It could take 2 years to get on the inside of a clique because people are so distant and self preserving and guarded. Everyone has their forcefield up and it is designed to keep you out, along with everyone else they don’t know. My advice would be not to bother. Most people are either too stoned, have nothing to say, or both. Many people are unable to see past their own block and think that their local politics are going to change the world (eyeroll).

You have a revolving cast of starry-eyed youths, wanna-be-mark zuckerbergs, stoners, homeless-on-purpose kids, and hipsters revolving through the city, each assuming they are something special and unique. They create a fake image of what they are so that they can “fit in” with the “different” and then try to surround themselves with people who are equally fake with claims of “uniqueness” and “individuality” they slowly weed out any real personalities from themselves until they are a simple mass of backward social conventions covered in the scent of patchouli. It gives the city quite a vapid feel.

I’ve never met more shallow, fake, selfish, boring, cold, insular, smug, flaky, passive-aggressive, not in my backyard people in my life. It is like they never learned how to socially interact with others, so they have all of these strange facades that they project to make people think that they are hip/cool/whatever. Additionally, everyone here acts like no one else exists so they have no empathy for others and just do what they want.

San Francisco does share with NYC the quality of being too densely populated (as though that were good); however, NYC does not have nearly as many cars. Reason being, the city planners there were forward thinking in that they built the subway system. SF’s public transportation system is horribly broken.

The weather just all around sucks. It’s either cold/foggy or warm with no breeze, and it can be both of those things in the same day, so forget about wearing shorts/sandals all day.

Getting around the city can be a complete nightmare. BART is fast enough, but if you venture places where BART doesn’t go (which is most of the city), you’re stuck on a bus that travels at an average of 8 miles/hour. Buses are subject to regular traffic. The frequent parades mean that some routes will just shut down randomly. Irregular and late timings. Crackheads and crazies will ensure that your ride is especially miserable. People on BART will straight up just stare at you like you are a sculpture, BART has seats that face each other very close so you can be forced to sit across from a complete stranger like you are having dinner with the person.

6) San Francisco is filthy and has way too many homeless people.

Compared to other ‘world-class’ cities, SF is a dump. London, NYC, Tokyo, Miami, Amsterdam, Singapore — all make SF look like clowntown. On any given day, in any part of the city (even the relatively gentrified neighborhoods), you are apt to step in dog or human shit on the sidewalk if you’re not careful. In most neighborhoods, you will be woken up in the middle of the night by the drug-and-mental-disease-fueled screams of the homeless. And if you’re anywhere near downtown, you will be assaulted by the smell of human urine and badgered for free change at every street corner and subway entrance. Enough said.

7) Rent in San Francisco is expensive relative to the quality of housing.

Expect to pay well over $1000/month (and probably closer to $2000/month, utilities non-inclusive) if you want to live in a decent place reasonably close to (i.e., less than a 1-hour commute from) downtown. Even at that price the floorboards will creak, the carpet will smell funny, the rooms will be tiny, the stairs too narrow, and the walls/ceilings/floors so thin that you will know exactly what your neighbors are up to at any given point in time.

8) Everything in San Francisco is run-down and dirty.

This is a corollary to [6]. Everything and everybody–from the apartments people pay $2000/month to live in places covered in dog and human feces to the streets littered with garbage to the “quaint” shops lining the streets to most people outside the financial district.

San Francisco is NOT a nice place for a heterosexual man to date. So many of the women are hideous, androgynous, ultra-liberal feminist with no femininity. Guys start to do crazy things when there aren’t enough girls around. Men here start to think that they need to run marathons, or cook like a chef, or be a DJ, or comedian, or be a billionaire (yes, with a b, millionaires are pretty common) — to get girls.

If you meet any even remotely cute girl, it’s a safe assumption that she has a boyfriend or has an attitude because she is one of few. Put that same girl in LA and she is average, hence no attitude. If you have a girlfriend, it’s a safe assumption that every guy is eyeing her. This creates weird game social dynamics around dating, where guys like me don’t bother to enter the dating pool.

San Francisco gets tons of great shows, yes….but WHO has the money/time to go see them??? You have to be a millionaire to have a good time in that city. Otherwise you are just struggling and becoming more bitter by the day. Going out to a concert means dropping at LEAST $100, between the ticket, cab ride to and from, and drinks. Cover for special holiday parties (like New Year’s Eve) starts at about $75 and goes up from there. Going out to a bar is just about as bad – expect to pay $8 per drink average (and that’s if you’re going to cheap places!), plus cover, plus at least $40 on cab fare. When you’re struggling to pay your $1000+ rent every month, how can you afford any of that “awesome” night life?

In additional, the city shuts down at 12:30am: Want to party? Make sure you start at 7pm and leave by 12am if you want to make it home in a cab.

And to be honest, I never experienced anything in SF nightlife that was any different than any other city, big or small. I can go out in Lawrence, KS, spend less than $20, get home easily, and have a great time!

I pretend that it’s safe to bike around the city, but it’s really not. Most streets are bumpy and potholed to hell and there’s not room to ride on them. It’s sketchy, but it beats trying to bus it by a long shot.

I could probably go on and on, but I will just wrap this up by noting some things I will never take for granted again: Being able to park most places for free. Actually being able to find parking! (There are actually MORE cars in SF than parking spaces!! Which means if you are unlucky enough to be looking for parking when most people are home, say, when you get off work at 3am, you are out of luck). $3 parking tickets (as opposed to $65 in SF). Not having to move my car every 2 hours/move for the street cleaner. FRIENDLY PEOPLE. A strong middle class (SF has no middle class to speak of). Cheap drinks. Good friends who aren’t total pretentious fakers. Good friends who don’t feel the need to constantly “out-cool” each other. Comparatively cheap rent and groceries. 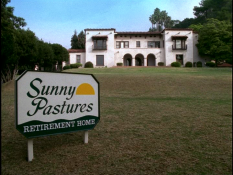